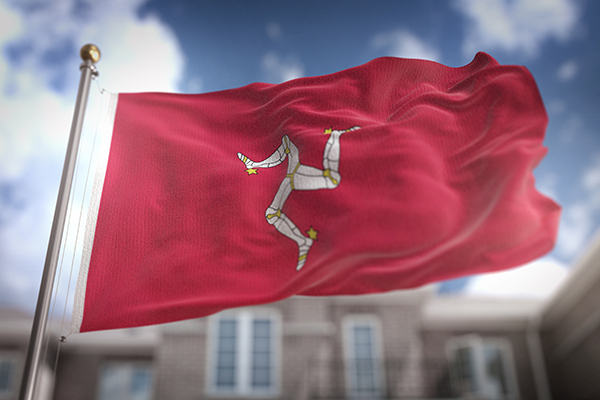 If you have moved to the Isle of Man or are planning to move, it is important to know that the Isle of Man is a separate jurisdiction for tax purposes, with its own distinct tax legislation.

The Isle of Man tax system is relatively straightforward compared to, for example, the UK tax system. Individuals are subject to income tax on their worldwide income from the date that they become Isle of Man tax resident, and, unlike the UK, there is no capital gains tax and no inheritance tax.  However, you may still be subject to these taxes in the UK if you hold UK assets.

2 - Register with the Isle of Man Income Tax Division

3 - Elect to be jointly and severally liable, if applicable

If you are married or in a civil partnership, you can elect to be jointly and severally liable (JSL) for tax purposes in the Isle of Man.  There are time limits, and the election should be made soon after your arrival. There can be advantages to being treated as JSL for tax purposes, such as filing only one income tax return annually, rather than two, and the automatic transfer of unused personal allowances and the lower rate tax band between spouses.

4 - Prepare to submit your first Isle of Man tax return

Once registered for tax, the Isle of Man Income Tax Division will issue a tax reference number and, following the end of the tax year (which runs from 6th April to the following 5th April), a paper Isle of Man tax return will be issued, unless you register for online filing.  The tax return must be submitted by 6th October following the end of the tax year.  For example, for the tax year ended 5th April 2022, a tax return must be filed by 6th October 2022.  Penalties are charged if a tax return is filed late.  Isle of Man tax residents are taxable on their worldwide income, and in some cases income which might previously have been tax-free, such as UK ISA income.  Relief is normally available for tax paid elsewhere, but with certain exceptions and restrictions.

If there is an income tax liability, the liability will need to be paid by 6th January following the end of the tax year to which it relates.  Interest accrues if the tax is paid late.  If a payment on account is required for the following tax year, it must be paid at the same time as the outstanding liability for the tax year in question.  A payment on account will be payable if an individual has income on which an income tax liability arises, but which cannot be collected at source from that income.  This effectively means that on 6th January following the first year of residence in the Isle of Man, two amounts of income tax may need to be paid.

6 - Be aware of your tax position in other jurisdictions

Although an individual may be Isle of Man tax resident from the date of their arrival, it is important to consider the residency position for the country of departure, as its tax legislation may continue to treat an individual as tax resident for the whole of the tax year of departure.  This is the case if you leave the UK, for example, and you are unable to avail of the split year treatment.  You may still have an exposure to UK taxation and may need to consider how it can be addressed.

The only direct taxes that you need to consider as a new resident are income tax and national insurance.  There are no capital taxes in the Isle of Man.  Chargeable gains can be realised free of Isle of Man tax and there are no gift or death taxes.

Personal allowances and certain tax-deductible payments, such as pension contributions for example, can reduce your taxable income for the year, and income tax is charged at the 10% and 20% rates.

Joint assessment of married couples and civil partners is an option, and may be beneficial in certain cases.

The national insurance system is broadly the same as that which operates in the UK, with charges on employers and employees as well as the self-employed.

Residents can limit their income tax liability to £200,000 per annum over five consecutive tax years if income levels are likely to be significant, reducing the effective overall rate of income tax that would ordinarily be suffered on the income.  A tax cap election must be made prior to the start of the first tax year to which it will apply.

In the context of the UK, your domicile determines the extent of your exposure to UK inheritance tax.  If you move from the UK to the Isle of Man with an intention to reside in the Island permanently or indefinitely, then your inheritance tax exposure might eventually be reduced or eliminated altogether.

You might be in a position to shed a UK domicile of origin in favour of an Isle of Man domicile of choice within a relatively short period of time after your move to the Isle of Man, if it is clear that you have firmly established an intention to remain in the Isle of Man permanently or indefinitely.  However, it may take longer to extricate yourself from the scope of UK inheritance tax due to the operation of a specific UK inheritance tax provision, the deemed domicile rule, which treats you as domiciled in the UK for a period after your departure from the UK, regardless of your domicile position under general law.

As a general rule, for those who have been resident in the UK for the long term, a minimum of six complete tax years of non-UK residence is required before losing this deemed domicile status.

The use of Isle of Man incorporated investment holding companies could be relevant if you have assets abroad, both for probate purposes and longer-term inheritance tax protection.  For example, if you have shed UK domicile and are not deemed domiciled and wish to hold UK assets (residential property is an exception to this rule), holding the assets via an Isle of Man company could remove an inheritance tax exposure.

Certain investments might not be efficient for Isle of Man tax purposes, and in fact could even give rise to a higher overall tax burden than one might expect.  There are certain investments which, if carefully managed, can provide a deferral of tax and, in certain cases, mitigation of tax.

Those individuals who have more complex tax affairs, which might encompass a variety of investments and shares in privately held trading companies, for example, or who might be naturally entrepreneurial in outlook, should seek taxation advice prior to a move to the Isle of Man.  There are certain nuances to the operation of taxation in the UK and the Isle of Man which must be considered prior to making the move.

For more information on the above topics contact Jenny Akrigg or Andrew Cardwell.

Brexit Update: VAT and the Isle of Man