Brexit Update: VAT and the Isle of Man 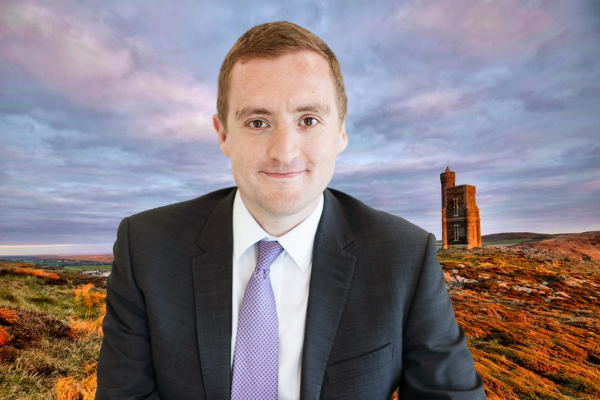 Brexit Day has been and gone. The UK Government website proclaims ’the UK has left the EU’. But Brexit is far from done. Uncertainty remains, both in the UK and the Isle of Man, due to the Island’s close trading links with its neighbour and the rest of the EU.

The truth is that the UK remains in a sort of limbo, neither in nor out of the EU, due to the transition period that was agreed with the EU to last until 31 December 2020. During the transition period, for most purposes everything remains the same as it was. The real changes will come at the stroke of midnight at the start of New Year 2021.

Given the inability to conduct negotiations in 2020 due to COVID-19, together with the fact that typical trade deals can take multiple years to hammer out, the likelihood of the UK entering 2021 with no EU trade deal in place now looks an odds-on favourite. The UK Government has persistently refused to consider any extension.

Barring any further postponements, at midnight on 1 January the transition period will end, meaning that the UK will fully be a third country to the EU. Free trade and free movement of people between the UK and EU will cease. Therefore, UK (and Isle of Man) businesses wishing to trade with the EU will now have to surmount extra bureaucratic hurdles in terms of import/export declarations and the like. Cue the news reports of lorries backed up at Dover.

With regard to VAT, within the UK and Isle of Man this will probably remain the same in the short term, though the Government will have leeway to implement any changes it sees fit going forward. Trade with the EU27 will no longer be subject to intra-Community rules meaning that VAT may become chargeable in some instances where it was not before.

UK businesses that incur EU VAT will no longer have access to the so-called ‘8th Directive’ EU VAT reclaim system, now instead having to follow the ‘13th Directive’ process available to non-EU businesses – a somewhat more onerous and unfamiliar system.

Businesses that provide certain electronically supplied services to customers in the EU should note that the UK will no longer have access to the VAT ‘Mini One Stop Shop’ (MOSS) system for reporting VAT in other Member States. Such businesses will have to nominate an EU country through which they would have to perform their EU MOSS reporting, or report and pay VAT separately in each jurisdiction with which they trade.

Needless to say, there are many more consequences too numerous to list here. On a more relatable level to many, we will have to use the non-EU lane at passport control once we all start to go on holiday again.

What about the Isle of Man?

Although the Isle of Man is not part of the EU, the Island has been, until now, a place through which goods such as aircraft and yachts can be imported into the EU and thereby claim EU free circulation status. That will no longer be the case. Importing an asset into the Isle of Man will now only grant it access to the UK; a separate importation will be necessary in an EU Member State to grant EU access.

The Isle of Man will no longer be considered an EU establishment for assets whose ownership is based here. Therefore, ownership may need to be transferred to an EU Member State for structures to continue operating as they have previously. EU VAT representation requirements differ for non-EU owned assets as compared to EU owned ones; for example, fiscal representatives need to be appointed in the EU which come with costs and obligations.

There are also opportunities for the Island, however.

Non-EU owners of assets such as yachts and aircraft are able to avail themselves of the Temporary Admission regime, which allows goods to circulate in the EU with VAT and duties suspended for a set period of time. There are conditions attached, such as the asset must not be used for trade, but it remains a useful regime that can save owners from large VAT bills if they want to use their assets in the EU. From 1 January 2021, owners resident in the UK and Isle of Man will for the first time be able to use Temporary Admission to bring their assets into the EU.

The Isle of Man can also be used as the country of non-EU registration and ownership for such assets, similarly to how the likes of the Cayman Islands and the British Virgin Islands are already, but with advantages such as geographical proximity, strong regulation and recognition from the EU that the further-flung island nations lack.

Brexit will close some doors for the Isle of Man, but will open others. Its full impact will only be felt after 1 January 2021, but its consequences can be anticipated now. There will be changes to VAT reporting, imports and exports to/from the EU, and also opportunities, such as the access to Isle of Man and UK resident owners of private assets to the Temporary Admission regime.

Equiom’s team has extensive experience of importing assets into the EU, completing formal Temporary Admission procedures, VAT compliance and administering structures both inside and outside of the EU via our global network of offices. If you require further information or advice about how Brexit will impact you or your clients, please contact Richard McGlashan.