The US Foreign Grantor Trust – fears and complications simplified 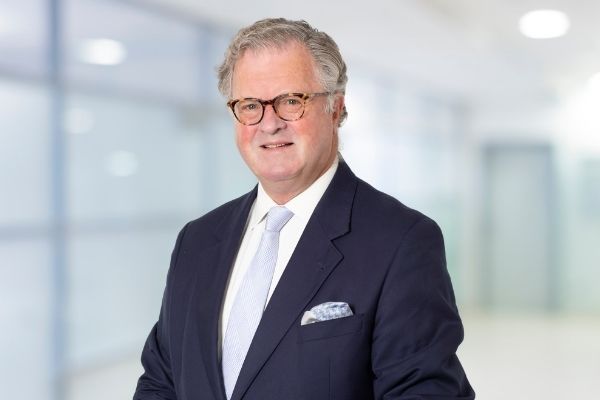 Roderick Balfour, President of Equiom’s US trust company and with 25 years’ experience of US issues, outlines how families with US complications can structure the generational transition of wealth, albeit that each case requires independent cross-border professional advice.

Why is bespoke US planning needed?

As many readers will know, wealth professionals in certain locations were, until fairly recently, completely ignoring whether their clients have US connections such as citizenship, dual passports or a Green Card.

Following sanctions, fines and sometimes imprisonment of those who conspired to defraud the IRS (Internal Revenue Service), the USA imposed the Foreign Account Tax Compliance Act (FATCA) regime involving reporting on foreign assets to the USA. This was fairly draconian at the time but, as with the OECD equivalent, Common Reporting Standard (CRS), practitioners globally have learned to live with it, even if not all wealthy families want to!

The introduction of FATCA, coupled with the USA having its own very particular tax regime, which covers all US citizens wherever resident, means advisors involved in tax and succession planning really do need to know if anybody ‘US’ will be involved. It is estimated that there are circa 7 million US taxpayers scattered around the globe, including many ‘accidental’ Americans e.g., those born in the US while a non-US parent had a short-term job-assignment in the country.

It is not a disaster fiscally to have US members of an otherwise ‘foreign’ family, but it can be if their status and the associated long-tail tax issues are ignored in the wealth planning process.

The parents, typically, of those at issue are usually advised to hold their assets through ‘Foreign Grantor Trusts’ (FGTs) which is a term derived from the US Tax Code (S.672) to describe a trust which has US beneficiaries but which, while the non-US settlor/grantor is alive, is deemed to belong to that settlor. It is therefore not normally subject to US taxes on non-US assets, nor on realised gains on US assets, provided such US assets are held through a non-US holding entity, sometimes referred to as a ‘blocker’. Such trusts are characterised by being revocable, or with the settlor having the sole right to income and gains in his or her lifetime. A foreign trust with US beneficiaries without either of these features will be a ‘Non Grantor’ trust with potential penal long-term tax consequences for the US heirs.

It follows that a FGT’s status changes to irrevocable, however, on the passing of the settlor which means that trustees really do need to know of such events and that does not always occur. Worse still, if the trustees have not been active in ensuring that the family is appraised of the US-compliant actions which need to be taken in advance of and on the passing of the settlor, they could be accused of negligence.

The reason for this is that, from the date of this trigger event, the IRS considers that the trust now ‘belongs’ to the US heirs and, as such, it wants to tax them on the income and gains as they arise in the offshore trust. Where these are not distributed, they will become Undistributed Net Income (UNI) comprising income and gains, which will be subject to the ‘throwback rules’ by which these accumulations will be taxed with interest and penalties if and when remitted to US beneficiaries. The IRS compounds interest and penalties such that income from prior years is taxed more heavily than that from recent years. UNI attributable to US beneficiaries which arose 18 years ago may incur a 100% overall tax and penalty charge when distributed. It follows that if a trust is non-grantor currently, and even if the settlor is living, it is very likely accumulating UNI which the IRS chooses to consider is attributable to the US heirs. Advance planning is therefore vital. A properly established FGT cannot contain UNI.

The antidote to a potential UNI problem arising after the passing of the settlor is to ‘domesticate’ the trust, i.e., appoint US trustees instead, or create a US domestic ‘pour-over’ trust to receive the income and gains arising offshore after the passing of the settlor, but see below. There are situations where US beneficiaries were born after an irrevocable trust was formed and all of the accumulated income and gains are therefore UNI stretching back many years.

The US tax reform measures of 2017 incorporated a major change to Controlled Foreign Corporation (CFC) rules whereby trustees or corporate administrators no longer have the 30-day option to re-characterise a holding company to be US-friendly. This means advice needs to be taken on how to hold different classes of assets going forward, especially US assets, under a FGT. All current structures need an urgent review with US tax counsel if this has not been done post-2017.

How taxation on US beneficiaries is a greatly exaggerated threat

The two major taxes which concern the wealthy are on capital gains, and on death or gifts. At time of writing a new Presidency has announced tax changes, for both ideological reasons and to pay for the Covid pandemic, notably a sizeable cut effective 2022 in the estate and gift tax exemption but these proposals are not currently incorporated in draft legislation before Congress, as was expected.
It is in relation to the gift and capital gains taxes that the (currently) foreign trust comes into its own for the US heirs via the following mechanisms;

It is also possible, in some jurisdictions, to extend the trust period via application to the courts. Increasingly, FGTs are being set up under the laws of a US state such as South Dakota but under which such trusts can be organised to be foreign for US tax purposes. This makes domestication relatively seamless when it is needed (see below). The imperative is to plan ahead.

From the above it can be seen that having heirs and beneficiaries who are subject to US taxation is not the wealth-destroying situation often perceived or feared and a correctly organised foreign grantor trust can confer considerable long-term benefits to rival those in most jurisdictions from both fiscal and asset protection standpoints. It is vital, therefore, to ensure that:

In recent years, Equiom has seen the traditional pattern of setting up a FGT under the laws and administration of a non-US jurisdiction and often with a parallel ‘pour over’ or ‘decanting’ trust under South Dakota law. We have seen the problems this planning can lead to and have concluded that advisers should examine the option of setting up the FGT, ab initio, under South Dakota law but ensuring that such trust meets the conditions of S.672, referred to above, such that it will be a ‘foreign trust’. Once the trust becomes irrevocable it is much simpler to switch trustee to the South Dakota trustee belonging to the same institution. The restatement of non-US trust instruments or deeds and the change to an unrelated trustee is not recommended and can end up in a legal morass.

Since, however, there will often be non-US beneficiaries without US tax issues, these must be taken care of but in our experience, it is much easier to ‘carve out’ from a South Dakota law trust at a later stage than trying to cover for the US beneficiaries with a dormant US trust put in place at extra expense now.

The use of South Dakota law for a foreign grantor trust has additional merits, principally via the State’s directed trust statute which is particularly appealing where cultures are used to the (typically patriarchal) control element and there are no ‘management and control’ tax implications. The State’s asset protection and spendthrift laws are also attractive.

It must be recognised, however, that in any litigation, if the administration of the trust or the location of the assets is not South Dakota, then litigants may fight and lay claim under lex fori and lex situs principles.

For more information or to discuss your circumstances, contact Roddy Balfour.

The above must not be seen as formal advice but as a general guide and therefore no Equiom company will implement any trust or structure in the absence of case-specific independent professional advice. Equiom can effect introductions to suitable advisors around the globe.

US trusts for Asian clients – a growing market

The Foreign Grantor Trust – an opportunity for US beneficiaries

Is there a future for trusts after CRS?