Superyachts and private jets: examining the effects of withholding tax on the charter industry 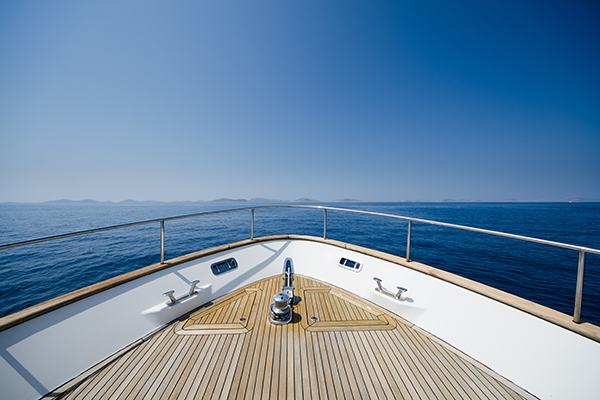 Since Brigitte Bardot and Alain Delon first put the French Riviera into the spotlight from the sun bed of a yacht cruising past Saint Tropez, glossy yacht magazines continue to depict yachts sailing in smooth seas operating in a calm offshore world selling an idyllic timeless luxury.

The reality is in order to create these magical jet-set moments a complex interrelated onshore support industry is required.

In 2019 a global fleet of more than 5,600 superyachts exist. With the Superyacht Builders Association (SYBAss) claiming an average of 80 new superyachts over 40 meters are being delivered per year, the yachting industry is growing at a rate of 7.8% and is expected to reach at least $10 billion in market value by 2025 according to a report from the US-based research group Research and Markets.

Yachting businesses offer innovative, customised and client-focused services created often from leaders and entrepreneurs who started in the offshore world as captains, crew and sailing instructors and moved onshore, often to France, to start businesses and be close to their customers. The last 20 years have seen the industry mature quickly and become lucrative, serious and scalable with even a few companies attempting listed company status very much bringing the industry into view of the tax authorities.

Increasing visibility for the superyacht industry

With growth has come visibility, but also competition, margin pressure and a need to adhere to an increasing complexity of regulations. On a tax level, there are aggressive penalties, interest due and heavy tax assessments and the authorities have the ability to go back on several years’ charters. Those that have disclosed incorrect information or followed incorrect advice are finding that mistakes are very expensive and time consuming to rectify.

In 2016, following a series of inspections into a couple of yacht companies, French inspectors realised that a now large industry was undertaking a marketing activity onshore in France for a product starting in French waters. Withholding tax was not applied to yacht charter funds administered for the charter held on escrow and returned to the owner of the vessel. Further payments were also being made from the escrow account to individuals and entities outside France.

With the French inspection based on European Law concepts of withholding tax, fiscal inspectors in other European countries are now also reading their local tax laws closely to see if they too have an opportunity to expand the tax net.

What is withholding tax?

Withholding tax is a common concept in the mature financial and banking industry across Europe. It is a tax usually applied by companies that carry out operations in France or another EU country and pay amounts to persons residing or based outside these countries where double tax treaty provisions don’t mitigate the payment of the tax.

The French authorities are looking to apply article 182 of their general tax code to trigger the withholding tax when a yacht owning company is established in a territory without a double tax treaty, where the yacht is put at the disposal of the charterer in France. They are also looking to apply withholding taxes where, for example, intermediaries, introducers and associated brokers using structures outside the EU are paid too from the unregulated, and unaudited, charter escrow account.

The withholding tax legislation in France extends widely and includes wage-earning work, non-commercial operations and artistic and sports performances. International conventions and double tax treaties can mitigate the exposure, however the general principle is the compensation paid for these activities is subject to withholding tax.

In the absence of a family office or yacht owner as a fiscal representative being present in France, the agents and intermediaries representing owners operating in France under this inspection are being construed by the tax authorities as being responsible for collecting that tax on behalf of the yacht owner.

A typical yacht broker central agency is not in a position to afford the 33% withholding tax being demanded on the charter fee.

Under Article 182B of the French general tax code, the authorities are looking to apply the tax at 33% on funds returned to the owner of the vessel relating to contracted charters plus interest and penalties.

The French authorities are arguing that the stakeholders should have deducted and paid to the French Treasury 33% tax on the funds held in the escrow account when the charter had taken place in France.

MYBA and ECPY (Comité Européen pour le Yachting Professionnel) fought the issue hard and received a favourable ruling but only at a national level and not conclusively, therefore the inspection cases remain disputed with some significant companies being investigated.

If these cases are lost, the withholding tax burden will be heavy, both in cost and in administration.

No definitive outcome yet

Three years on from the initial investigations and despite the representative institutions, MYBA and ECPY’s appeals, the withholding tax on charter revenues has not gone away. In fact, it has led to further issues on disclosures and compliance, Ultimate Beneficial Owner (UBO) reporting, transfer pricing, anti-profit shifting and base erosion legislation, the need to keep more detailed accounting records, the future possible threat of regulated client accounts and issues of permanent establishment.

The issue has been further extended thanks to the tax question of permanent establishment, where, for example, employees of UK, Swiss and Isle of Man companies are effectively marketing and operating within the French territory.

Some owners have migrated structures onshore and are either content to just use their yacht privately under temporary admission to the European Union or have moved the yacht to a private status without economic activity.

Some French based companies are simply looking at pulling out of the industry completely, moving to Monaco, the UK or supplying internationally, with the exception of France. But with Saint Tropez, Cannes and Nice being such popular destinations and the potential for other countries to follow France’s lead on withholding tax, moving locations may just be delaying the inevitable.

What’s next is not yet known but yacht and aircraft owners are sure to be watching closely and taking whatever steps appropriate to ensure that their prized assets remain protected.

A guide to buying a superyacht