A spotlight on Mark Porter 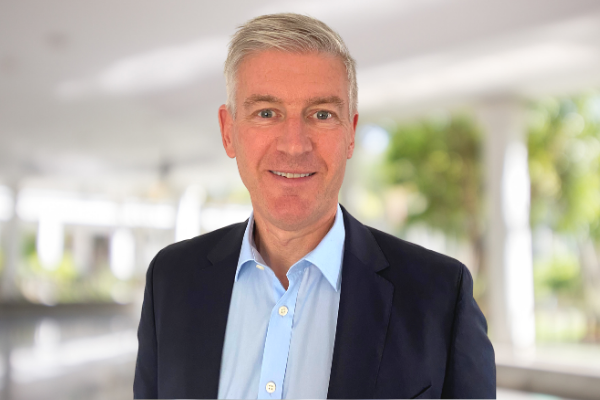 After almost a year in the job, we caught up with Mark Porter, CEO of Equiom Group to discuss his career, life outside work, and his future vision for Equiom.

What is your background and how has it shaped your career?

In years gone by, I would have considered myself as having come from a working class background. I’m not sure what this means anymore, but there certainly weren’t any silver spoons around when I was growing up. I was taught to work hard, respect others but not to expect very much from anyone in return. Throughout my life and career, I have learned that those basic values can offer a tremendous sense of self-worth and value to others and these have formed the foundations of behaviours in my career spanning nearly 40 years now.

What was your first job?

It is almost embarrassing to admit, but I had a very flaky start to working life. From an early age, I was set on a path to join the Royal Navy and never really considered anything else. So at 16, having finished my ‘O’ levels, off I went to Plymouth to start my apprenticeship. Two days later I was home. I hated it! So then of course I had to start again. I took a finance job at the English Tourist Board and finance has been central in my career ever since.

What's the best thing that’s happened to you this year, either at work or outside of it?

Joining Equiom of course! I can’t believe it’s been almost a year now and I still haven’t met all of my leadership team in person. But it’s already the most enjoyable job I’ve ever had and most likely to be the last. Outside of work, I’m just thankful that those people closest to me have all kept in good health and generally good spirits despite difficult circumstances.

What do you do when you are outside the office?

This of course is a virtual reference to ‘office’, but getting outside even just to take a walk has been a source of relief and energy this year, and since moving to Jersey the options for walking and fresh air are that much more plentiful than when living in London. From time to time, I also enjoy nothing more than picking up a pencil and a pad of paper and doing a bit of sketching. What I lack in talent, I make up for in enthusiasm and can often while away the best part of a day or more getting lost in a drawing.

What’s your future vision for Equiom?

I genuinely want Equiom to stand for something. It’s easy to talk about profits, client service, shareholder value, etc. but being proud of something takes much more. It’s about creating a sense of something meaningful, a soul if you like, which in turn gives meaning to those who either work at the firm or are somehow connected to it. These are difficult things to measure, but I genuinely believe it’s something that can be created through a culture of inspiration and mutual respect between people with common values and positive behaviours.

How has the global pandemic affected your role/leadership style?

The pandemic has surely had an impact on everyone on the planet in some way, but it remains to be seen how enduring any of that is. I can’t say that it’s affected my leadership style; I’m probably too old now to change my approach. What it has done, I believe, is reinforce the need to engage with people on a more deliberate basis. I’ve been leading global organisations for a long time now, so remote communication is normal, but what is not normal is the circumstances within which we have all had to operate. So if nothing else, it has taught me how to be more considerate and more tolerant of external factors which influence the working environment. Personal, psychological, and practical factors which have always been there but hidden in the background.

A spotlight on Steve Le Seelleur

A spotlight on Nina Johnston

A spotlight on Alice Dumoitier