IntelEquiom: The human relationships behind the wealth governance structures 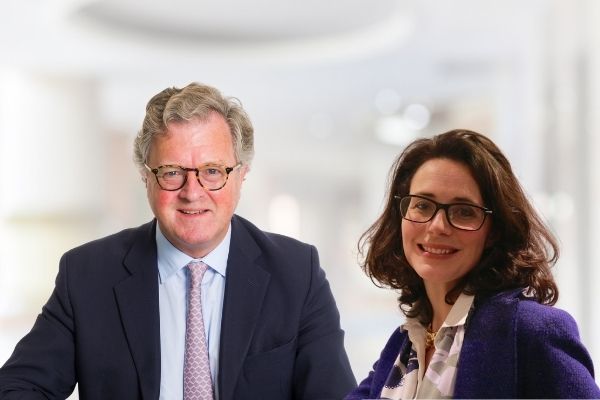 Melanie Griffiths, Head of Client Solutions - Private Wealth, has always been conscious of the intricate balance between rationale and emotional considerations when advising private clients. For the inaugural edition of 'IntelEquiom' she sat down with Roddy Balfour to get his insights, drawing on his four+ decades of experience advising multi-generational families to get his thoughts on the human side of wealth, behind the structures and legal arrangements.

1. What aspect of wealth do clients find most challenging?

Often the very characteristics that have enabled clients to make wealth - singlemindedness, diligence, commitment etc. continue to dominate their lives after they have experienced a liquidity event. Many are challenged to channel the skills that made them so successful once they have sold the business: they struggle with what I sometimes refer to as ‘the idleness of wealth’. There can be a reducing margin of satisfaction with life post a liquidity event. Some clients throw themselves into other entrepreneurial ventures, including philanthropy, while others don’t know what to do with themselves.

Many clients want to remain in control, because they have always been in control of their businesses and often their families, and as such struggle with succession planning - I have seen many instances where the wealth-maker felt his or her children didn't deserve or couldn't manage the legacy, when they clearly could. Wealthy clients can also become weary of other human beings, simply because many will try to make a ‘quick buck’ out of them - their wealth leaves them exposed to all sorts of unauthentic relationships, litigation, safety concerns, violation of privacy etc.

2. What is the biggest mistake the wealthy make?

Many successful entrepreneurs do not have enough respect for, or trust in, their children, and set things up to attempt to continue ruling from the grave.

3. What is the most common source of conflict among wealthy families?

There are a few:

There must be robust governance to withstand such dangers. While the patriarch / matriarch is at the helm, the family holds together but upon their passing if the governance is not strong it can quickly fall apart. The patriarch / matriarch often controls so much during their lifetime, they do not prepare for their passing, in particular thought is rarely given to who is going to smooth the family relationships.

4. Are there common characteristics to harmonious UHNW family relationships?

Again there are a few:

5. What do you think is the greatest challenge facing the next generation of UHNWIs?

Reconciling the conflict of wealth. Through globalisation, mass media and travel, the upcoming wealth-holders have become more aware of social injustice and glaring inequality. Some feel uneasy about being wealthy - and yet they will have to reconcile the mantra of ESG with the realities of their lifestyle and financial requirements.

6. Are the challenges of wealth different for self-made wealth vs generational wealth?

In my experience, it is not unusual for self-made tycoons to want their families to be a reflection of their success, often with all the glitzy trappings and publicity, however unearned. Generational wealth, meanwhile, tends to be more discreet and have a greater sense of the responsibilities and being custodians of that wealth for future generations. They tend to have the benefit of a framework clipping the wings of the excesses that often come with new and unaccustomed wealth.

7. What are the wealthy's biggest regrets?

Having over-delegated the upbringing of their children to nannies or others, having spent too much time on their business and sometimes showing off their wealth rather than focusing on their children's upbringing. It is not unusual for both new and old money to regret the way they let their children behave, getting into drugs being a prime and frequent example.

8. How is being wealthy different from when you started your career to now?

I can think of two main aspects:

9. Do the wealthy have any common characteristics?

UHNWIs don’t, on the whole, see themselves as being different once they become wealthy. It is others’ perception of them that changes and therefore the wealthy need to adapt their behaviours for the changed perception coming with increased scrutiny and resulting in increased vulnerability. Behaviour can become appreciative of good fortune or it can morph into arrogance and lack of basic manners.

10. Does wealth make one happy?

It does not of itself, one has to manoeuvre it, to stop making one unhappy. It takes off certain pressures such as worries about paying basic household bills but adds others. The wealthy often create their own peer pressure – they want the bigger boat or be seen to more generous benefactors.

11. What do the wealthy fear most?

12. To close this off and inject a little anecdotal fun - what is the most unusual client situation you have ever found yourself in?

Many years ago, I was visiting a (potential) client in the Pacific region. During lunch the client, who had turned up with a massive entourage, said he wanted me to meet his family that evening. I said I’d be delighted. As I said ‘see you later’ at the end of lunch, I was  bundled into a car with him. I asked, perplexed, where we were going? He told me ‘his people’ had packed my bags and checked me out of the hotel - I was not to worry. In torrential tropical rain, the driver pulled a blue light from under his seat, opened the window and stuck it on the roof, with a siren blaring to boot. This parted the traffic jams and suddenly we were at an airport, pulling up in a hangar where I was bidden to board a large PJ. This was more fun than sitting in my room doing e-mails! We took off and after dark landed in what looked like a jungle clearing somewhere. We were met by a convoy of white Toyotas and sped off - the road was deserted, as was the next stop, a port with only one visible feature: a large gleaming floodlit yacht with all the white-clad crew lined up on the quayside. Still with no idea where I was - or if I was going to be sold - I boarded the boat to find lots of charming people. These were indeed the client’s family nearly all of whom, it turned out, had been to the same school in UK as my wife! We ended up on their private island, it was certainly the most memorable client meeting that I’ve had. Oh, and the client named a racehorse after my wife.

Tax and the Wealth Cycle

Part I: What is driving the adoption of Environmental, Social and Governance (ESG) activity in the private client space?